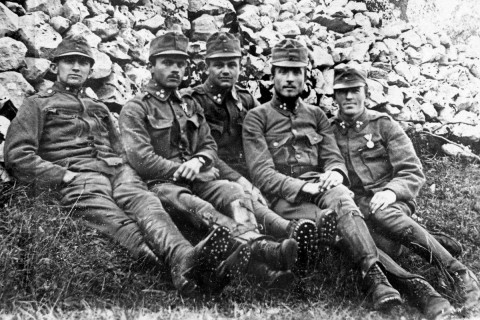 The Battle was was fought from August 12th to 25th, 1920 as Red Army forces commanded by Mikhail Tukhachevsky approached the Polish capitol. Polish forces under the command of Marshal Jozef Piłsudski counterattacked forcing the Soviets to withdraw. The Battle is considered a significant victory of Polish forces as the number of Soviet casualties outnumbered Polish. It prevented the Bolshevik revolution from spreading into western Europe. The Battle of Warsaw 1920 is listed among the 18 most important battles that decided on the fate of the world. This year we are celebrating the 100th anniversary of the Battle.

The Pilsudski Institute of America possesses in its archives important documents and photos about the Polish-Bolshevik war, including the Battle of Warsaw. These documents are part of the Belvedere Archives rescued from burning Warsaw in 1939. These collections have been digitized and thousands of documents are now available Online.

The program is supported by public funds from the Ministry of Culture and National Heritage of the Republic of Poland. 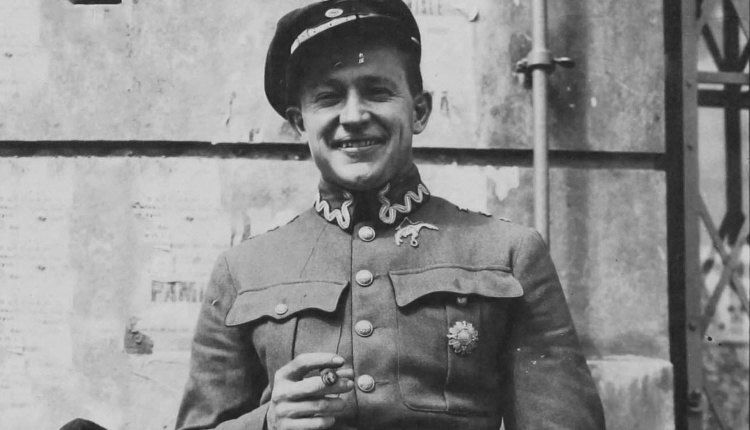 Hollywood mogul Merian C. Cooper, creator, producer, and co-director of the original “King Kong,” was an authentic hero of the August 15, 1920 Battle of Warsaw, which in David and Goliath fashion saved Europe from Communism. Remembered today in its centennial year as the “Miracle on the Vistula River,” the battle eternally links Poland and America in a historic fight against totalitarian revolutionaries.

Following World War I, the map of Europe was radically redrawn. Poland, occupied and dismembered by aggressor nations for more than 100 years, was recreated as an independent nation. Lenin and the Bolshevik Party, having seized control of a demoralized and destabilized Russia in a brazen 1917 coup, marched on Poland in 1919, expecting to sweep across its fragile, uncertain borders and export their Communist revolution to Germany and beyond.

A fighter pilot in World War I, Cooper sought to repay America’s debt to the Polish heroes Tadeusz Kościuszko, Casimir Pulaski, and others who risked their lives fighting for America’s freedom in our Revolutionary War. He recruited nine fellow American aviators and veterans of the Great War to fly with him on Poland’s behalf against the oncoming Bolsheviks.

Cooper and his Kościuszko Squadron flew over 400 combat missions in the 20-month-long Polish-Soviet War and had a dramatic impact on the miraculous Polish victory. The mission of the Kościuszko Squadron was to prevent the Bolsheviks’ 16,000-strong Cossack cavalry from linking up at Warsaw with more than 100,000 Soviet infantry. The “magnificent ten” succeeded, relentlessly diving out of the sky and scattering the fierce Cossacks so effectively they were eventually forced to retreat.

With the Bolshevik infantry smashed at the gates of Warsaw, Lenin sued for peace, settling instead to build his fanciful utopia within the boundaries of Russia. Diplomat and author Edgar Vincent, First Viscount D’Abernon, called “The Miracle on the Vistula” the 18th-most decisive battle in world history. Had it gone the other way, all of Europe likely would have fallen under the red flag.

Three American aviators were killed in the heroic campaign. Cooper himself was shot down, captured by the Bolsheviks, and imprisoned in a Soviet prisoner of war camp in Moscow.

The first M.I.A. in the long campaign to contain Communism, Cooper escaped six months after the Polish-Soviet War ended. Returning to Warsaw, he received a hero’s welcome by the Polish government and people. Thousands of Polish citizens attended the ceremonies in Warsaw when Cooper and his fellow squadron members received Poland’s highest military honor, the “Virtuti Militari,” the equivalent of the Congressional Medal of Honor.

Marshal Jósef Piłsudski, Polish head-of-state and commander-in-chief, personally pinned the medals on Cooper and his comrades. The Polish parliament offered Cooper an estate and lifetime pension. He graciously declined, reminding everyone present that Tadeusz Kościuszko had received and declined a similar offer from the American Continental Congress. “The honor of fighting for your liberty is reward enough,” Kościuszko had said. Cooper repeated those same words.

He returned to the U.S. and became one of the leading Hollywood producers of the first half of the 20th century, with a filmography of more than 40 classic motion pictures in addition to “King Kong.” As head of production at RKO in the 1930s, Cooper gave Katharine Hepburn her first big break and teamed Fred Astaire with Ginger Rogers. He promoted the three-strip Technicolor process and helped launch Selznick International in partnership with David O. Selznick, and Argosy Pictures in partnership with John Ford.

In 1942, at the height of his cinematic career, he left Hollywood and voluntarily reenlisted in the Air Force, becoming the oldest active aviator flying combat missions for the United States in World War II. Cooper helped plan the Doolittle raid on Japan and became chief of staff to the commander of the Flying Tigers, General Claire Chennault. He retired from the Air Force as a Brigadier General and received an honorary Academy Award for Lifetime Achievement. Despite that glittering resume, he looked back upon his work with the Kościuszko Squadron as the greatest accomplishment of his eventful life.

Today another Marxist revolution is surging, not in Eastern Europe but in the major cities of our own country. It is streaming in a riotous frenzy out of the universities to the streets, its slogans reverberating through the airwaves, online, and in the editorials of once-eminent newspapers.

Cooper died in 1973 at the age of 79, but his spirit still lives. It lives in the red white and blue emblem of the Kosciuszko Squadron, emblazoned on the fuselage of the aircraft of the Polish Air Service, along with his image. It lives in the memory of the Polish people who will celebrate the 100th anniversary of the “Miracle on the Vistula.” And it lives in the hearts of all of us inspired by the stirring films he made with John Ford and John Wayne, “Fort Apache,” “She Wore A Yellow Ribbon,” “Rio Grande,” “The Searchers.”

We know what to do. He showed us. Lest we forget.

Sheldon Bart’s latest book is Race to the Top of the World: Richard Byrd and the First Flight to the North Pole (Regnery History). He is president of Wilderness Research Foundation, a trustee of the Foundation to Illuminate America’s Heroes (www.illuminateamericasheroes.com), and associate producer of a forthcoming theatrical film about Merian Cooper and the Kosciuszko Squadron, a project of Genesis Productions LLC.